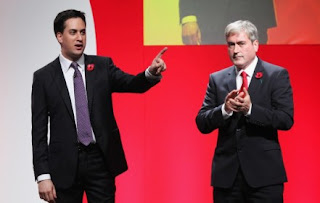 On 19 March, UNISON held a picket of the Scottish Labour party conference outside Glasgow’s Science Centre to defend “the jobs of 34 Asylum Support Workers threatened with privatisation, wage cuts, worsening conditions and no pension guarantee. This means a worsening support service for asylum seekers with poorer qualified and paid staff, working under more stressful conditions.” Two FRFI supporters who joined the protest in solidarity were once again targeted by Strathclyde police officers.
One young activist was surrounded by officers as he stood at the side of the crowd: police questioned him as to why he had attended the protest, told that him that he should be grateful for being "allowed" to hand out leaflets and sell a political newspaper and was noted down as a "potential troublemaker" for refusing to give his details and defending his right to practice these perfectly legal activities. Up to 8 officers stood watching the two FRFI supporters as the crowd gathered round for a closing speech.
One of the FRFI supporters addressed the protesting council workers and pledged his support for their struggle against redundancies. He highlighted the importance of any action that exposes the role the Labour party is playing in implementing the cuts through councils – like Glasgow – under its control, receiving a round of applause for his intervention.
The FRFI supporters asked the union spokesman to keep an eye on any attempts by police to apprehend them as the protest dispersed. The Glasgow Defence Campaign has no doubt that had it not been for this canny intervention the police would not have hesitated to surround the supporters as they left. In the end, they were followed by two officers as they crossed a nearby bridge and finally were “allowed” to walk away without police hovering over their shoulder.
Once again, Strathclyde police have shown their commitment to harassing peaceful political activity. The GDC calls on all those interested in defending democratic rights and combating the cuts to unite in organising against Strathclyde police and Glasgow’s rotten Labour council.
Posted by Miriam at 16:53