The Glasgow Defence Campaign condemns the latest provocation by Strathclyde police. Between 15.00-18.00hrs yesterday a peaceful protest against the presence of PM David Cameron in Glasgow City Centre was faced with lines of uniformed officers intimidating people with the threat of arrest for merely being in the area. Plain clothes officers mingled within the demonstration. Two arrests were made – the GDC is waiting for confirmation of a third arrest. One Socialist Workers Party activist, who has been the target of arrest before, was detained after the protest dispersed with officers following him around the corner. This shows once again the need for vigilance before, during and after taking part in democratic protest in this country. Always stay in a group of people – entering or leaving a protest yourself is not safe.

Workers and onlookers passing through town, heard protestors voice loud and clear, and were generally in agreement, that the real criminals were Cameron, his cronies and his defenders. Five minutes’ walk from the Glasgow Central Hotel, where Cameron appeared, thousands of disability benefit claimants have been denied basic welfare by the government contracted multinational Atos. Two minutes walk from there a nightly soup kitchen feeds hundreds of homeless and poor Scottish and migrant peoples. These are the victims of the capitalist crisis and society and Cameron, as a mouthpiece and organiser for the ruling class, is a perpetrator of this imposed misery.

The use of the Public Order Act 1986 - http://www.legislation.gov.uk/ukpga/1986/64 - to dictate that the demonstration had to move away from the entrance of the hotel and be dispersed by 17.30hrs confirms once again that effective protest in Britain must be backed up by effective defence against criminalisation. We must defend the right to protest by defending people harassed, intimidated and arrested for practicing the democratic right to oppose injustice. Footage of the officer reading out the act can be seen here http://www.facebook.com/photo.php?v=4319214340928 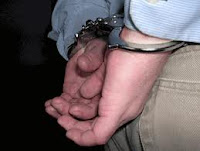 The Glasgow Defence Campaign is aware that the two people arrested are being held in Stewart Street police office (0141-532-3000) and urges people to phone the office to demand that their welfare and rights are not abused. They will both appear in Glasgow Sherriff Court tomorrow. The GDC will post any updates on their cases when it is appropriate.

The Glasgow Defence Campaign is proud to present to you the rising stars of Strathclyde Police who participated in the kettling of peaceful anti-fascist protestors on Saturday 28 July 2012 in Glasgow city centre. Remember their faces they maybe big names one day - like the killer of Ian Tomlinson Pc Simon Harwood!


Note the two anti-fascists who were arrested on Saturday's protest are being held in Maryhill police station and should be appearing in the Sheriff Court tomorrow. The GDC calls on all those able to go down to the court in solidarity to do so. We have also been told that fascist elements have called a protest outside the Sheriff Court at 11am tommorrow in support of some of their thugs who had been arrested. This makes our presence at the court, in large numbers, all the more important. The GDC is waiting for confirmation whether there was a third arrest of an anti-fascist made on Saturday.

For more details of the day's events see the following reports.

http://glasgowdefencecampaign.blogspot.co.uk/2012/07/police-abuse-of-democratic-rights-on.html
Posted by Miriam at 15:25 No comments:

The following footage is taken from yesterday's anti-fascist protest in Glasgow city centre which was harassed and detained by Strathclyde police. We uploaded this report yesterday detailing the course of the day’s events http://glasgowdefencecampaign.blogspot.co.uk/2012/07/strathclyde-police-uniformed-racists.html

The police kettle on Buchanan Street, with officer numbers far beyond what was required, was nothing more than a training exercise in crowd control. A full body and bag search was placed on people as a condition for exiting the police kettle under section 60 of the Criminal Justice and Public Order Act 1994 http://www.legislation.gov.uk/ukpga/1994/33/section/60. The one man who refused to be searched in a brave show of defiance was arrested by officers.


A new generation of officers are being trained in how to limit, harass and shutdown protest. If we are to be fit for the fight in defence of and for the expansion of our rights of political protest we must likewise get educated and organised!

The Glasgow Defence Campaign condemns the police state tactics used against protestors peacefully opposing the presence of fascists in Glasgow City Centre today. As has repeatedly been the case in Glasgow progressive protest, whether it is against the attack on living standards, in solidarity with asylum seekers or to oppose the presence of fascists, is intimidated, harassed and attacked by the uniformed racists of Strathclyde police. Today we saw a glimpse of what is to come in this country as the ruling class teaches its foot soldiers the art of controlling, limiting and crushing democratic rights.


After the small crowd of fascists were given police escort away from Buchanan Street around 80 -100 police officers proceeded to kettle anti-fascists. This lasted for over an hour before officers began demanding details and carrying out full body and bag searches as a condition of allowing people to exit the kettle. One man had his camera illegally confiscated and the GDC knows about two arrests that took place. The last arrest happened as the kettle dispersed when an anti fascist sat down in protest refusing to undergo a body search by officers. Responding to people urging him to accept the body search to avoid arrest, the activist stated ‘no it is a point of principle...i refuse to be searched as I’ve not done anything wrong...this is how people got the right to vote!’

The Glasgow Defence Campaign applauds the brave stand taken by this anti fascist and has contacted Stewart Street, Baird Street, Govan and Aikenhead police stations to inquire into the welfare of the two people arrested. All offices claim not to have the individuals in custody. The GDC will report on any updates we get and will post footage and pictures of today's events as soon as possible.

Strathclyde police - hands off protest!
Fascists off our streets!
Posted by Miriam at 09:21 4 comments: