Solidarity from political prisoners to the GDC and FRFI!

The Glasgow Defence Campaign and Fight Racism! Fight Imperialism! are privileged to have received messages of solidarity from some of the many political prisoners incarcerated for their struggle against injustice and the British state.
We reproduce below a message from more than forty Irish republican political prisoners currently incarcerated in Portlaoise Gaol, Ireland for their continuing opposition to Britain's occupation of their country. The prisoners have been involved in ongoing protests against barbaric conditions in the gaols and against criminalisation.
We also include a letter from Ravi Gill, an antifascist prisoner, framed-up and imprisoned on the ridiculous charge of 'Conspiracy to Commit Violent Disorder' earlier this year. This related to an incident in London in March 2009, which resulted in the politically-motivated arrest of 23 antifascists. More information here. Send letters to Ravi Gill, A5770CE, HMP Wayland, Norfolk, IP25 6RL.
We issue our full solidarity to all those imprisoned and their struggles, and are committed to forging further unity between all those opposing criminalisation. Venceremos! 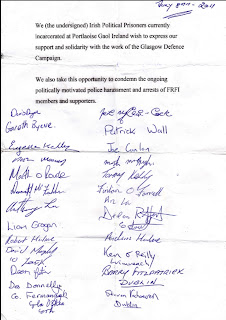 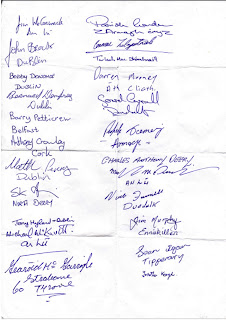 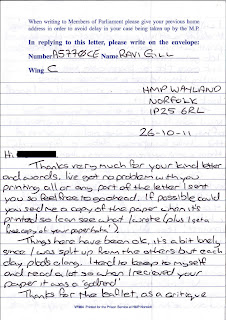 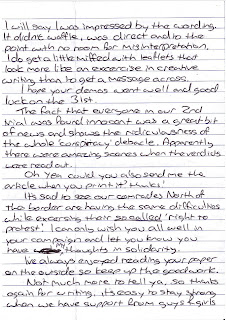 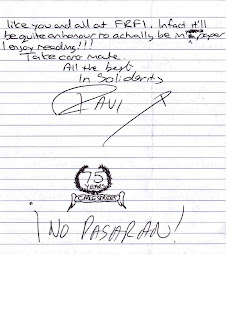